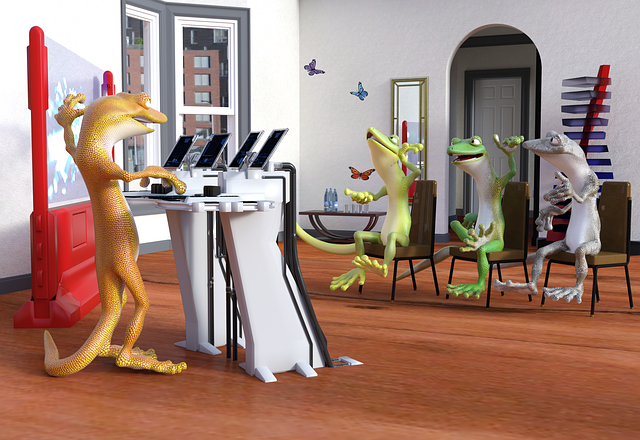 People who make smart decisions in important private and professional matters increase their chances of greater life satisfaction. The cognitive skills required for this can be significantly honed through training. This is the conclusion reached by researchers at the University of Bayreuth in recent empirical studies published in the European Journal of Operational Research. Courses lasting several weeks with participants of different age and occupational groups demonstrably strengthened their ability to make well-considered choices in difficult decision-making situations.

When cognitive skills that produce proactive, wise decision-making behaviour are too weak, wrong decisions are made, or more precisely, suboptimal courses of action are chosen. Not infrequently, this permanently impairs quality of life and life satisfaction. However, training courses that include both basic knowledge and practical exercises can significantly improve decision-making behaviour – precisely by strengthening cognitive skills. These include, above all, the cognitive skills to approach decision-making situations proactively and with foresight, to gain clarity about one’s own goals, to identify promising options, and to make the best possible choice by weighing them carefully. This is what a research team at the University of Bayreuth has discovered over several years of work. PD Dr. Johannes Siebert, Philipp Rolf, and former Junior Professor Dr. Reinhard Kunz, who now holds a professorship at the University of Cologne, were involved.

Training, however, cannot change personality traits, which – in addition to cognitive skills – also have a significant influence on decision-making behaviour. “Dispositions that are effective in the long term, such as striving for self-optimization or an attitude toward life that takes initiative, obviously cannot be formed within a few weeks or months as a result of training courses,” explains Siebert, who completed his habilitation in Bayreuth and is currently researching and teaching at the Management Center Innsbruck.

In a previous study, the Bayreuth researchers were able to demonstrate that smart, proactive decision-making behaviour can significantly promote life satisfaction. The decisive factor here is not only the skill to prudently evaluate and weigh up given options for action, but also the skill to independently discover further options or even create new ones. “Our studies clearly show that the extent to which we are satisfied with our lives by no means depends solely on circumstances outside our control. Proactive decision-making behaviour helps us to open up new and better options for action and thereby strengthens our own quality of life. Because we can specifically train the skills required for this, it is in our own hands whether we develop into satisfied people or not,” says Philipp Rolf, Research Associate at the Production Management & Industrial Management research group at the University of Bayreuth.

The new findings on strengthening the cognitive characteristics that are important for good decision-making emerged from the scientific monitoring and evaluation of three courses that lasted several weeks. An online course on the quality of decisions was conducted in cooperation with a renowned U.S. university, a lecture on decision theory was held at a technical university in Germany, and courses at the Management Center Innsbruck in Austria focused on the systematic structuring and solving of decision-making situations. The more than 1,000 participants in total belonged to different age and professional groups, and thus represented a broad social spectrum. “All three courses demonstrably strengthened participants’ ability to reach the right decisions through proactive and smart thinking – regardless of their age, gender, or occupation,” says Siebert.

The results of the two studies will also be incorporated into the “KLUG entscheiden!” school project, which was launched three years ago in Upper Franconia and the Upper Palatinate. In workshops, numerous students have already been guided to making well-founded and far-sighted decisions in selecting an apprenticeship or a course of study after leaving school. In addition, teachers have been familiarized with the basics of decision theory and instructed in how to integrate the content developed in the project into their teaching. At the same time, the project addresses the question of how schools can promote such decision-making behaviour. “Initial results show that students can train their decision-making skills and subsequently approach their career choice decisions more confidently. This results in very interesting new starting points for supporting young people,” Siebert sums up. The project is financially supported by the Rainer Markgraf Foundation, the Adalbert-Raps-Foundation, and the Upper Franconia Foundation, and will be continued until the end of 2021 in collaboration with the University of Bayreuth.

Source: „Learning to decide wisely and becoming happy: Studies show the effect of training on decision-making behaviour“, Media release of the University of Bayreuth 020/2021 (link, link) 15th of February

Next article Developing and Validating the Multidimensional Proactive Decision-Making Scale